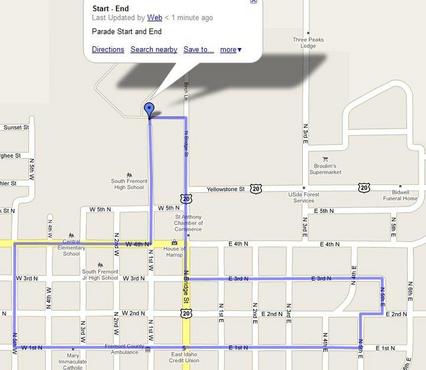 Entries for the Fremont County Pioneer Days parade in St. Anthony are due by Tuesday, July 12 if they are to be guaranteed a spot in the line-up and to qualify for judging.

Floats will be judged heavily on their representation of the parade theme.  This year’s theme is, “Land of the Free and Home of the Brave.”  They will also be judged on the quality of workmanship, general eye appeal, and originality.  Some consideration will be given to the clever use of moving parts and music or sound.  The top ranking floats are most often very colorful and use a clever slogan or representation of the theme.  Floats can be any size, but the larger the float, the more competitive it will be to win.  The average float is 24 feet long.  Cash prizes are awarded to the top three floats.

Novelty floats are less elaborate and use fewer materials.  Novelty floats could include decorated vehicles, wagons, handcarts, etc.  Adherence to the theme is less important than in the major float category.